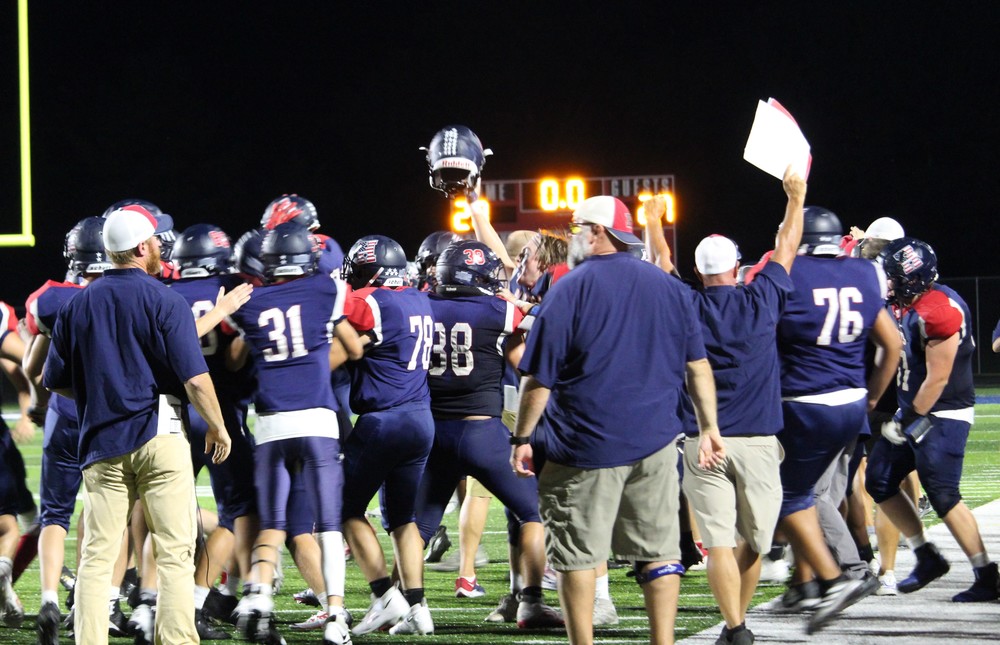 Off to a 3-1 start, the Heritage football team is flying high into their week five matchup against the Adams Central Jets.

In week one, the Patriots played Bellmont at home for the first time since 2009. Since the two teams hadn’t played in such a long time, there was a huge crowd. The game went very well as the Pats won 23-0, highlighted by touchdowns by Kobe Meyer, Isaac Nagy, and Tanner Whitman.

Week two was not what the Pats wanted. The Patriots came in with a plan, but the Norwell Knights (currently 4-0 and ranked #4 in Class 3A) were on it. Norwell earned the victory, 42-0.

In Week three, the smoldering Patriots looked to bounce back after the loss to Norwell. Traveling to ACAC rival, Woodlan, the Patriots’ desire to win was unmatched.

Mr. Bremer (current student teacher for Heritage Social Studies teacher, Mr. Norman Meintel) said of the game’s atmosphere, “It seemed both sides had lots of passion and feelings about the game and each other.”

It was a very packed game with a crazy environment. Both sides were fired up. The Patriots came out hot and ended up winning the game 32-14. With this win, Heritage improved to 3-0 against the Warriors under head coach Casey Kolkman.

Week four, with the game on Friday, Sept. 9, was a very big week for the program. With a hungry team like the Patriots heading in the right direction, a game with an opponent like South Adams, who has been consistently successful in recent years, was bound to be a good one. The Pats knew they could win the game, but they had to play their best.

At the start of the game, the Starfires took the lead by two touchdowns. The Pats locked in and took the game into their own hands, going on a 21-0 run, scoring 14 points in the second quarter and seven more in the third. They led 21-13 going into the fourth quarter.

South Adams was strong in the end, though, scoring 14 in the fourth, to take a 27-21 lead going into the game’s final minutes. 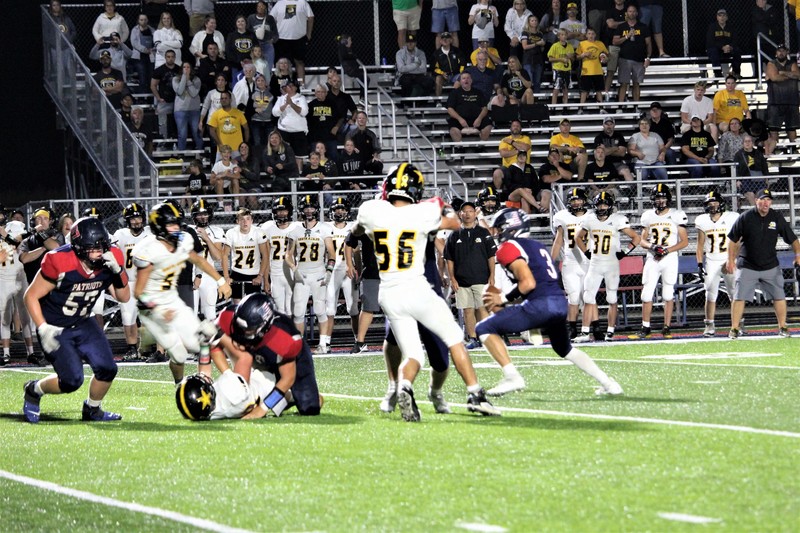 Meyer finds and opening in the Starfire defense, before finding Whitman in the end zone.

In dramatic fashion, with less than a minute to go, Heritage quarterback, Kobe Meyer  stepped through pressure to find a wide open Adam Whitman and hit him with a touchdown pass in the end zone.

This astonishing play was named the Gem of the Night on Outside the Huddle.

Meyer said, “Well my read to the left wasn’t open, and I was getting pressure from the right so I stepped up and found Adam wide open in the end zone to tie the game. Beating South Adams felt unreal at the moment, and we are now 2-0 in conference.” 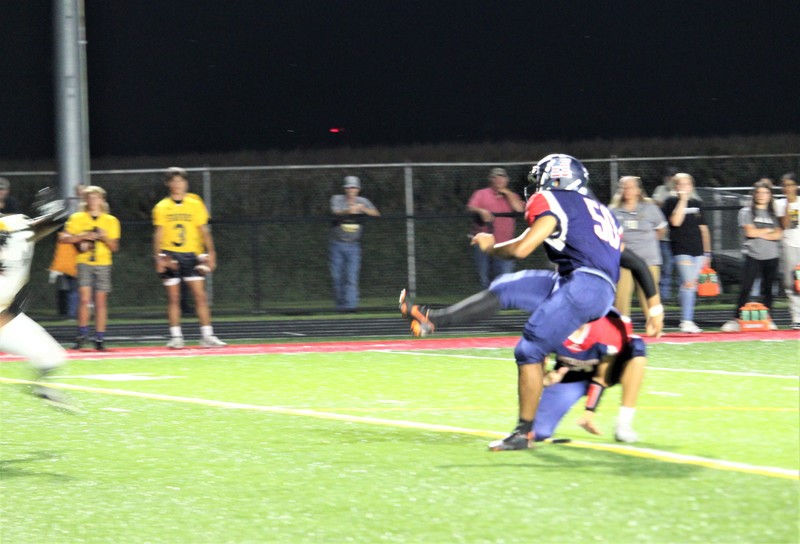 Aung said, “I walked out [onto the field for the kick] knowing ‘I got this,’ but there was a lot of pressure. Thanks to Preston for the promise of the donut, I made the kick. As soon as I kicked it, I knew it was good.”

South Adams was ranked #3 in IHSAA Class A before falling to Heritage.

The Patriots are now 3-1 overall and 2-0 in the ACAC.  The team’s matchup on Friday, Sept. 16 will be for first place in  the ACAC, as the undefeated Adams Central Jets travel to Heritage. Start time is 7:00 p.m. 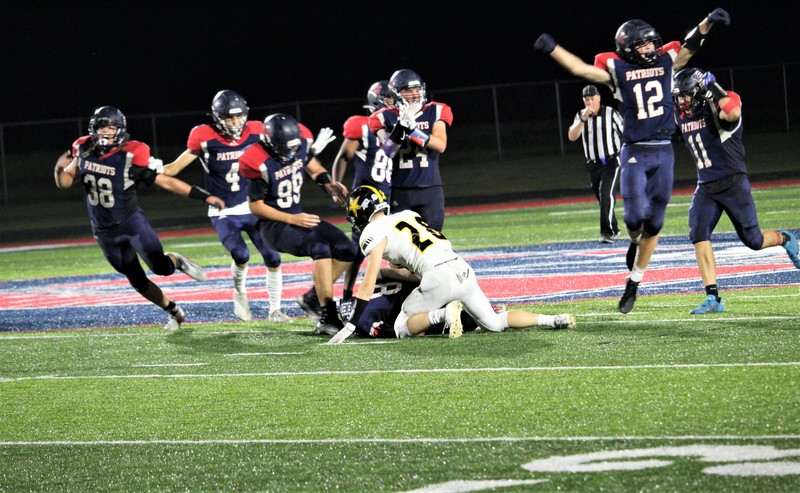 The celebration begins after the game's final play, as the Patriot D ends South Adams' hopes.