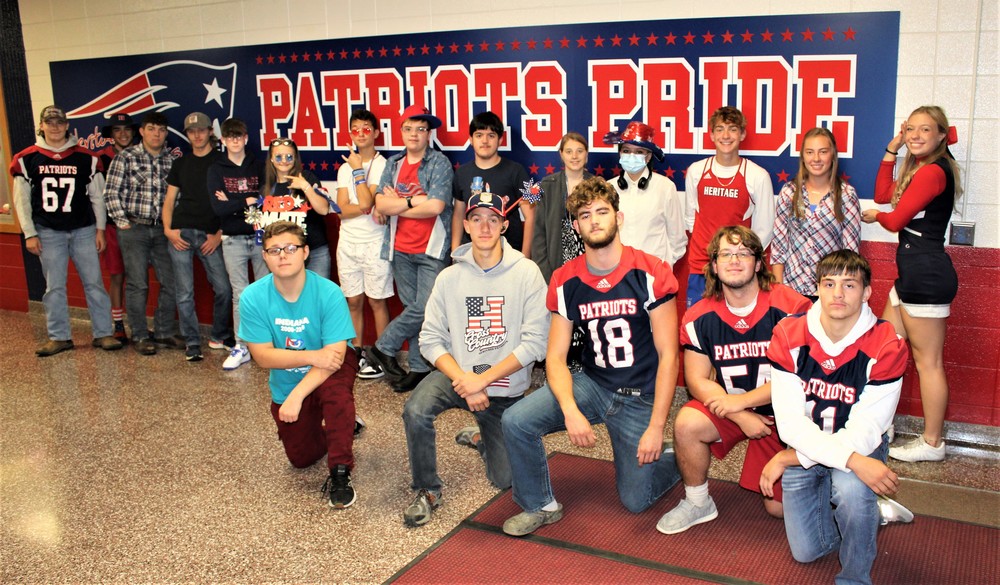 This week of Oct. 3-7 was Homecoming Week at Heritage, with students and staff putting their Patriot Pride on display throughout the week. 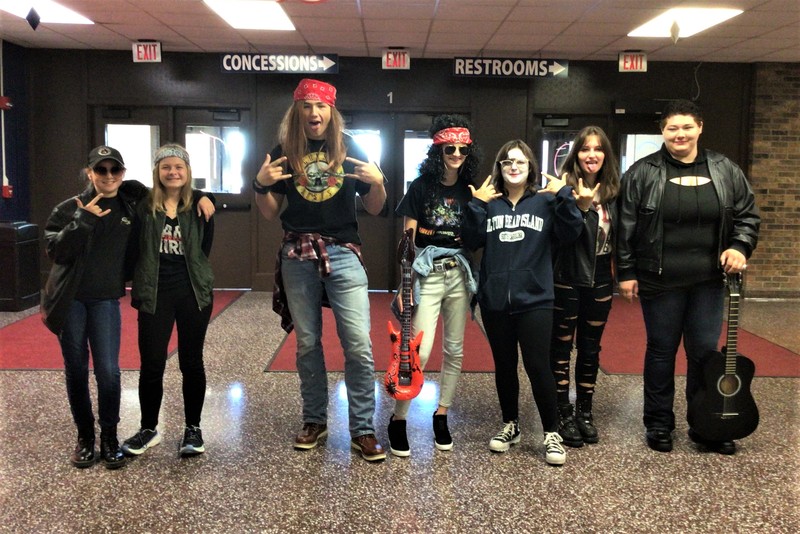 On Monday, it was ‘Dress like a Rockstar’ day. The students were to wear their favorite band t-shirt or dress like a rockstar. The first place winners for each grade were:

The overall winner was a tie between Logan Teichman and Ciara Summers. 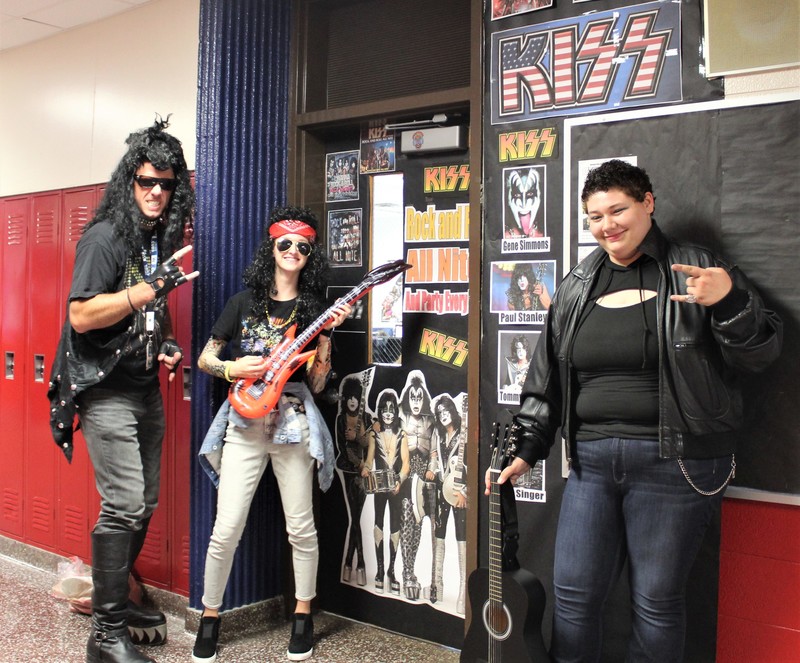 On Tuesday it was "Anything but a Backpack" day. Students were encouraged to bring anything but a backpack in which to carry their school belongings for the day. The first place winners for each grade were: 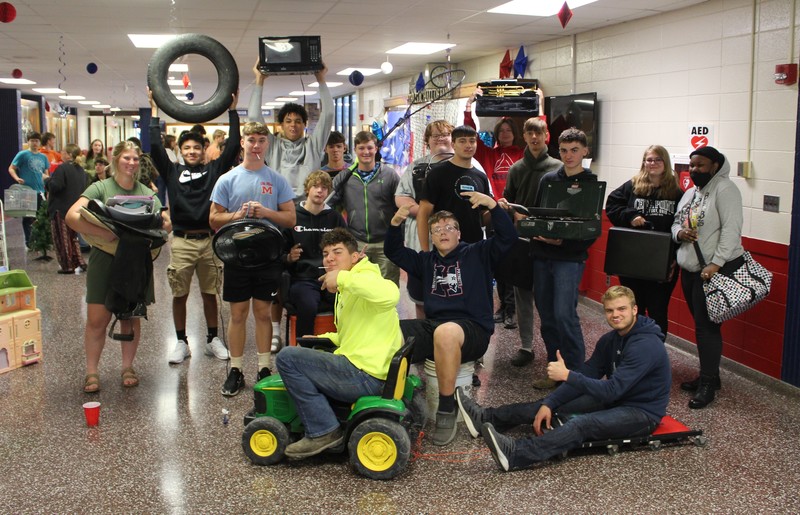 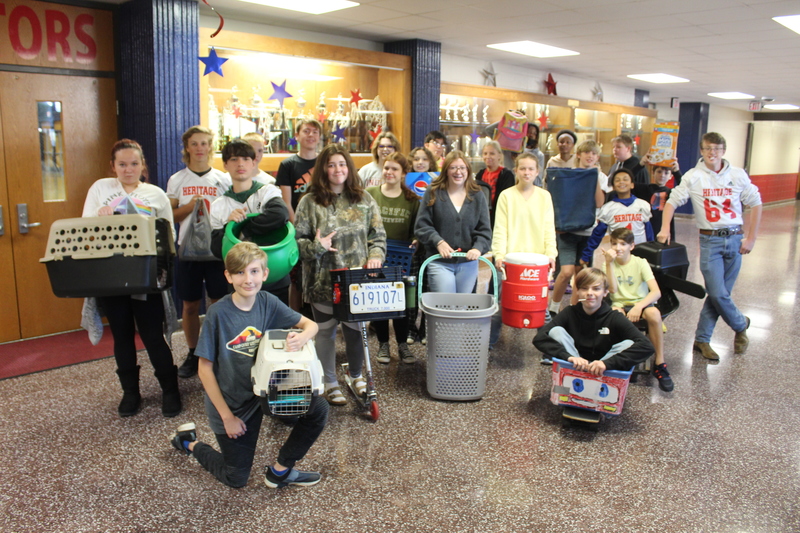 On Wednesday it was Hawaiian day, and the students wore their best Hawaiian gear. There was no competition on this day, but bright colors filled the halls. 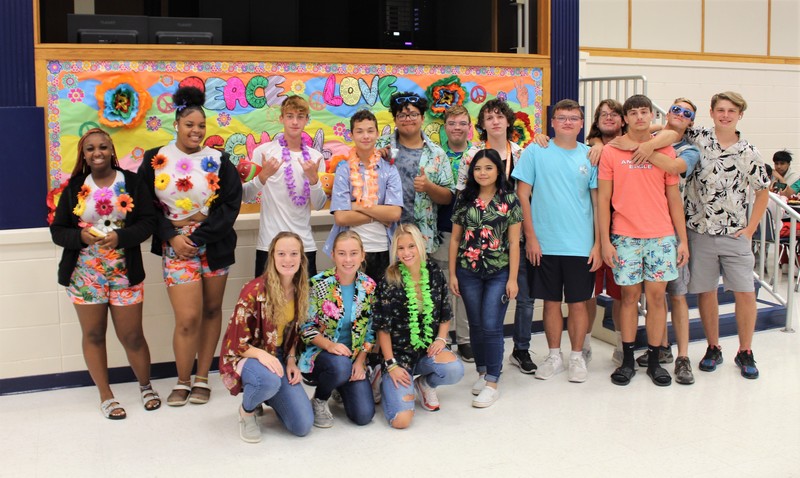 On Thursday it was "Life is a Highway" day, where each grade level had a different stage of life to represent. Junior high dressed up as babies or toddlers, freshmen as kids, sophomores as college age, juniors as mid-life crisis, and seniors as the elderly.  Staff dressed in clothing to represent their own high school years. 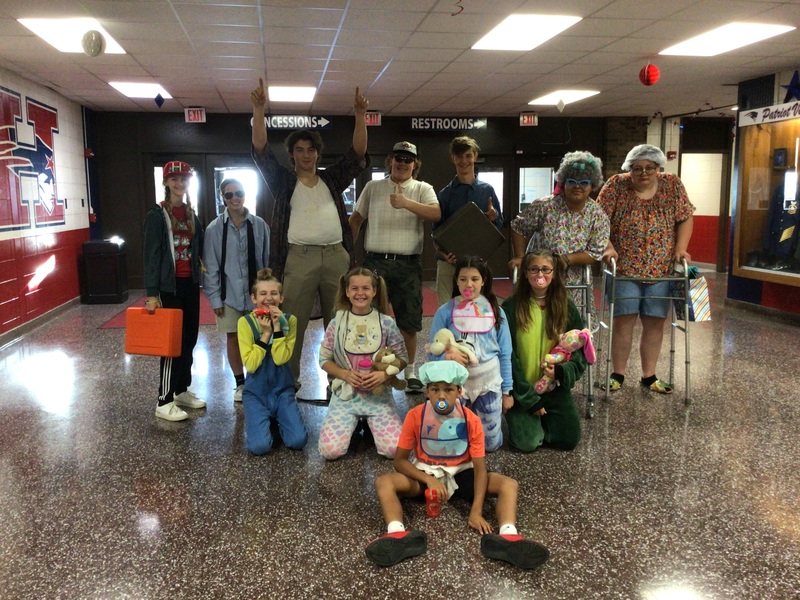 The winners of the dress competition for Thursday were:

The overall winner was Toby Henning. 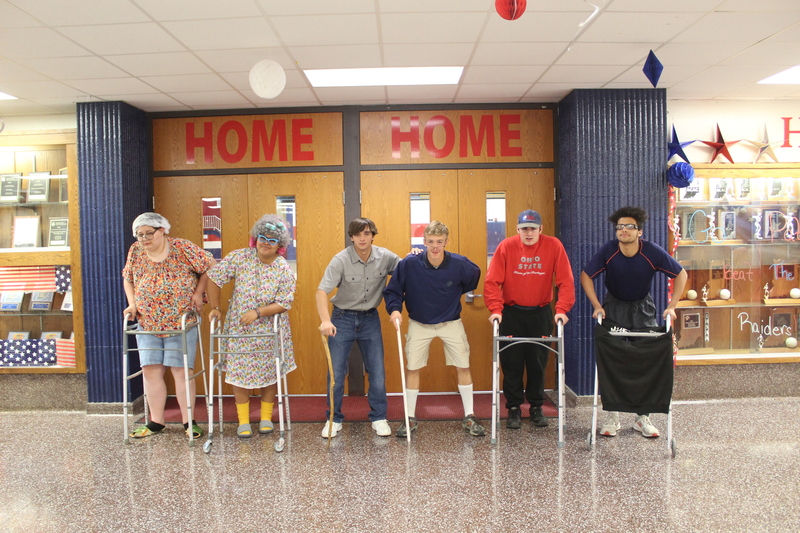 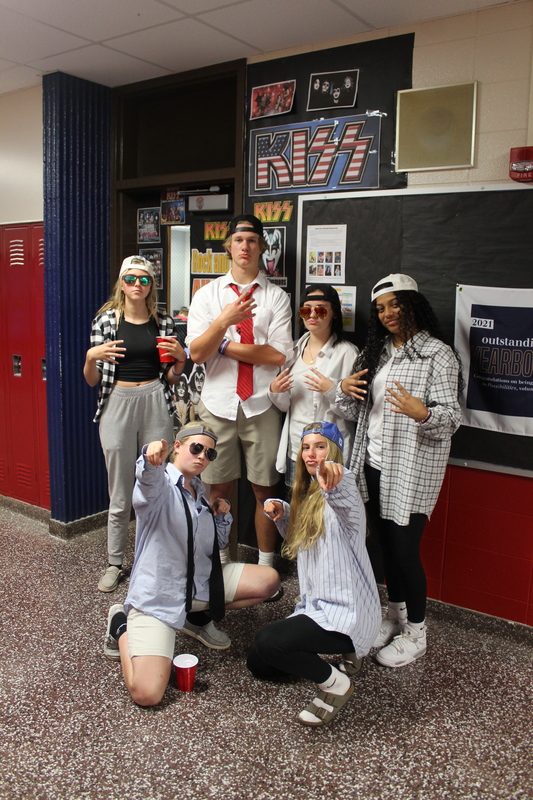 Friday it was Red, White, and Blue day. Patriots wore red, white, and blue gear to support the football team in their game on Friday night versus Southern Wells.

During 7th period there was a parade of fall athletes through the elementary school. 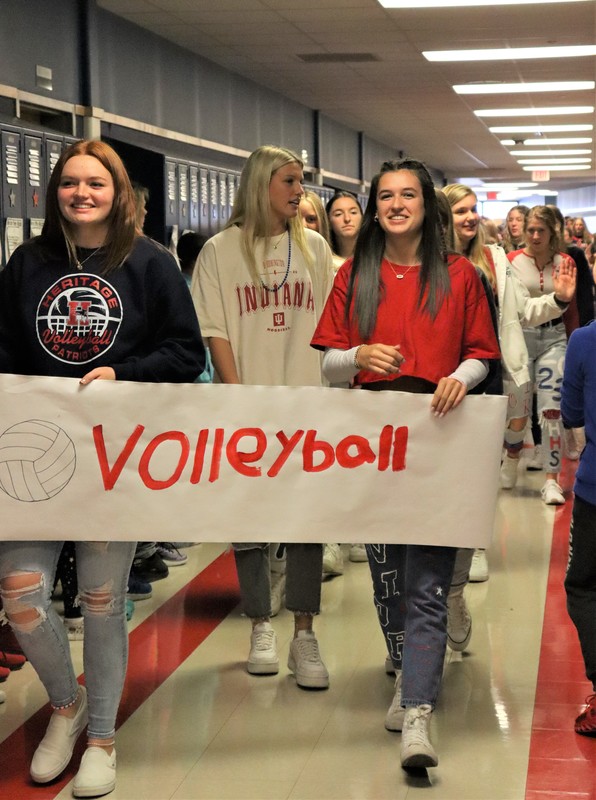 A pep session in the gym concluded the day, with students participating in a soccer game on the gym floor. There were also various other contests for students, including bobbing for apples and a table race. 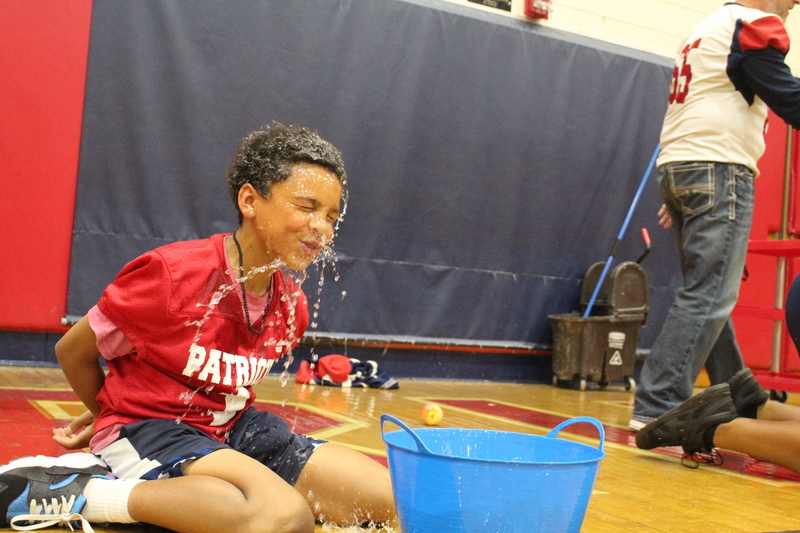 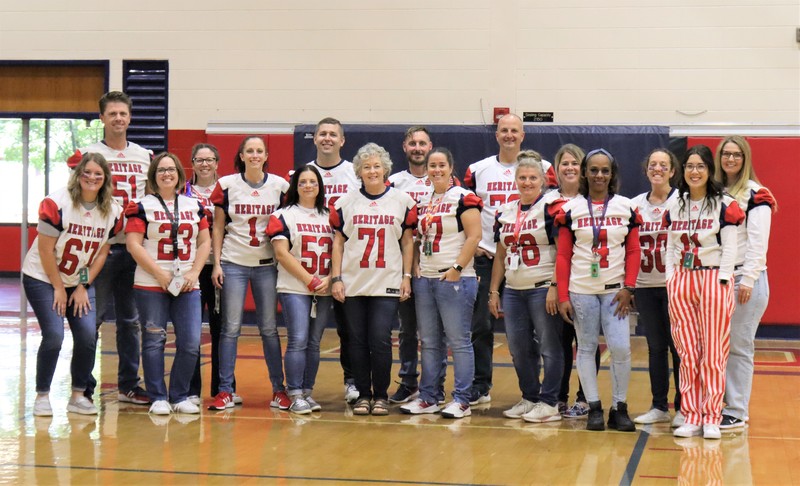