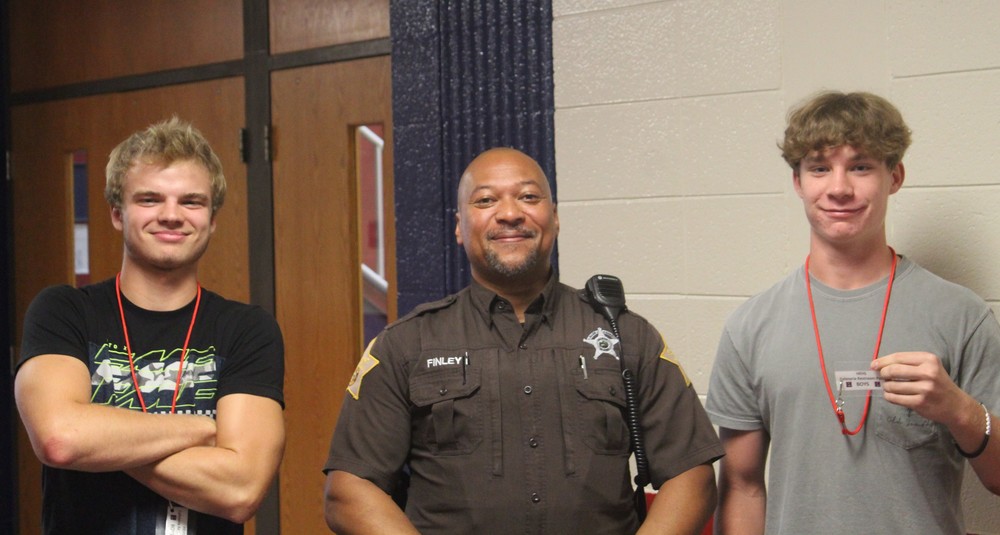 At the beginning of this school year, Heritage welcomed a new school resource officer (SRO). Officer Dorian Finley grew up in Chicago and went to South Bend High School where he graduated and went on to college. He first majored in music but switched his major to business administration, and then he came to the Fort Wayne area years later and went to IPFW. He has been a Police officer for 27 years, with 20 years as a South Bend police officer, and this is his 7th year of being a police officer in Allen County.

AJ: What do you enjoy most about being our officer at Heritage?

Finley: It's you guys, the students. It’s a lot of fun making new friends and relationships, being somebody who can be a resource to you guys and talk about anything and also give you much more of an enlightenment on life, more than your teacher can, quite simply because the things I have seen are much different than what your teachers have seen.

AJ: What does a typical work day look like in your position?

Finley: Typical day depends on the students, but I begin the day by checking all doors and making sure they are locked. I walk the halls a lot to make sure there’s nothing going on in the halls, whether it's students or people who shouldn’t be here. Maybe someone is lost, so I walk the hallways to make sure everything is okay. I have a lot to do as far as monitoring. I sit in the office and watch all the cameras. I'll answer any phone calls that come through. I answer questions from teachers, administrative staff, and sometimes students. It all depends on what’s going on for the day.

AJ: What do you think is the most important part of your position?

Finley: Being present. Everyone feels a little bit safer generally with a police officer around so my position, first off, is being present. Secondly, another important part is responding to any situation, minor or major. That is what makes people feel better.

AJ: Can you describe a time you learned from a mistake?

AJ: What do you think is the most difficult part of your position? How do you handle that responsibility?

Finley: Making a decision of whether I have to arrest someone. It’s not always fun to do that, but it’s something that has to be done, whether it’s for their own safety or safety for the school. Sometimes I don’t arrest someone for fighting, but if it gets violent enough or disruptive enough, then I will have to remove that student from the building.

AJ: In what ways have you trusted and adapted to the students and staff?

Finley: I have to do that every day. I have to establish a relationship that builds trust. As long as I put myself out there initially, for instance, if you want a fist bump, high five, or whatever, that’s just the start to establishing some relationship and some trust. There’s some students who will talk to me and ask for things or advice, whatever the case may be. I have a lot of conversations. I play with the band sometimes, and that establishes the relationship because it's something we have in common. I put myself out there first so then I can hopefully get some trust in reciprocation, which then can build relationships along with evolving trust.

AJ: What do you expect from Heritage this year in regard to safety?

Finley: Everyone does what they can to make sure this building stays safe. This can include telling that a kid has a knife, gun, drugs, or just behaving accordingly. That is what I truly would like to have. 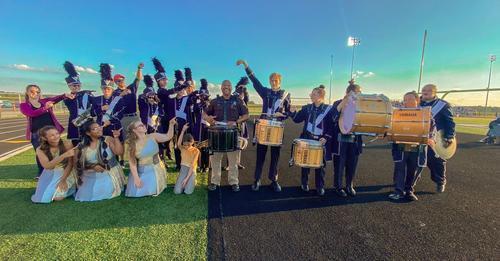